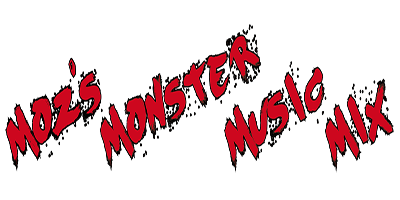 Moz and his best mate Pricee are determined to create a new sound for their music. Struggling to come up with something fresh they decide to explore the past starting with the music from the 16th century.

Students learn about the Baroque music of Bach and Handel and its transition into Classical. They are reminded of the different sections of the modern orchestra and the instruments used in each.

Realizing this is only the start of their journey the two explore Jazz and realize they dig the fashion as much as the music. That is until Pricee gets the Blues and falls in love with the Blues’ scale with its flat third and seventh. As he explores the way that Blues musicians use and distort their new scale, Moz works with the audience and has them all enthusiastically singing a Blues call and response song.

Any idea that the tight black suits and thin black ties from the 1930’s Jazz era is the look for their new music disappears when Moz discovers Hip Hop bling. On their turntable the pair discover they can make new music instantly by scratching, mixing and adding their own vocal sounds to the disc on the turntable.

Stopping to take stock of what they have learnt, these musicians realize there is one more element they need; World Music. Pricee’s sitar is just the right instrument and Moz soon has the whole audience involved in a Bollywood inspired finale.

Since last touring schools Tom Price has studied Music at UWS, Guitar Making at NCAT and apprenticed himself to Tim Kill the renowned Australian guitar builder. A multi-instrumentalist, Tom’s list of instruments include bass, banjo, harmonica, sitar, guitar and drums to name a few of his favourites. He has built and performed with puppets, as well as worked as both a magician and dancer.

What other school have said:

Great educational program. Very entertaining. A good way of introducing facts about instruments in a fun and exciting way. Loved the idea of time travel to match the concept of music through time. Good program to meet the needs of students from prep - year 6.

Very funny, the children really loved it. Loved the dance at the end. Enjoyed learning about different instruments and music genres. Tom was very friendly and funny. A talented man.

This was a fantastic way to expose our students to a range of information about the history of music. All students from K to 6 were engaged and smiling. The range of levels made it so each year group was entertained.