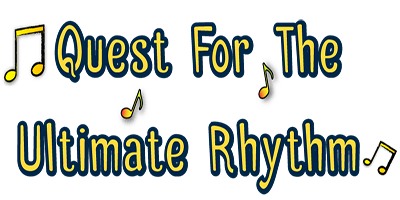 Join Mongo and Bongo in a musical journey around the world.

Join The Bongo Brothers in their multicultural comic musical journey around the world - ‘Quest for the Ultimate Rhythm’. Meet Mongo, music-maestro and his hilarious baby brother Bongo. Putting them together spells a recipe for disaster!

Through music, theatre and intimate story telling, travel with ‘The Bongos’ to the jungles of Africa. Voyage to Egypt for a belly-dancing encounter. Take a road trip to outback Australia and be whisked away on a Caribbean pirate ship adventure. Skydive into a samba-filled South American soccer stadium and then safari to New Orleans, the birthplace of jazz, participating in the mystical rituals of Día de Muertos (Day of The Dead).

The Bongo Brothers are Dave Houston & Bryson Mulholland. Formed in 2005, the Bongo Brothers have performed to over quarter of a million children Australia wide. They have created two world music theatre shows, two studio albums and are currently working on a TV pilot.

Dave is a graduate of the Victorian College of the Arts who has been working in theatre since 1988. An experienced actor, director, musician and writer for stage and screen, he regularly tours festivals nationally and internationally. He is the founder and Artistic Director of Full-On Theatre, which frequently collaborates with various arts organisations.

Bryson is a multi-talented musician who plays a variety of music styles and instruments including piano, silver flute, didgeridoo and percussion. He has extensive live and studio experience and away from the Bongo Brothers he fronts his own band, Glory B.

The Bongo Brothers were incredibly entertaining. The mix of music and humour was very engaging for the children. They are talented and completely capable of handling the audience enthusiasm.

Children all enjoyed the performance. The performers involved the students in the show. Heard from the office there was lots of laughing and clapping.

The Students were very engaged, they loved the variety of songs, instruments and history that the show offered. After the show had finished they were all creating their own beat and rhythm just like they had been shown in the show. A great performance that was enjoyed by students and teachers alike.