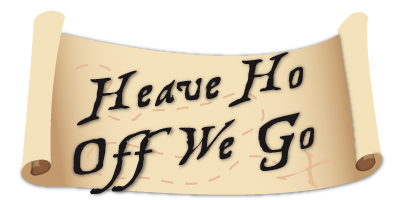 Stimulate those young minds with these genuinely amazing illusions. How is that possible?

In these days of pre-recorded, flat screen visual entertainment where everything is possible, Alan challenges his audience, right before their eyes with illusions that get their young brain cells working, trying to work out what actually happened in the seemingly impossible illusions they witness.

Add to this, lashings of humour, a nautical theme, one wise cracking Toucan and Alan’s many years of experience in children’s entertainment and you have over 50 minutes of great children’s theatre.

Far from being just a magic show, Heave Ho Off We Go is a theatrical experience in the tradition of the English vaudeville shows of the late 19th and early 20th centuries. Like those shows of old, Alan follows a magic segment with a juggling routine and follows that with one of his many ventriloquist dolls. One of these is the loveable remote controlled Toucan, which no longer has to be operated on the ventriloquist’s arm.

Heave Ho Off We Go is illusions, juggling, ventriloquism and loads and loads of laughs.

Alan Sloggett was born in the 1950’s into a family of travelling vaudevillians called “The Incomparable Sloggetts”. His parents had been criss-crossing Australia performing in circus and vaudeville since the 1920’s. With the introduction of television the family started performing in clubs and appeared regularly in the variety television shows of that time. With theatre in his blood, by the age of seven, Alan had decided this was the life for him.

All kids were engaged. Absolutely hilarious and a really engaging and enjoyable show. It's hard to keep that many students of varying ages engaged and focussed for a set time so well done. Excellent work. It was fast moving and engaging.

Students really enjoyed the performance. Lots of opportunities for the students to become involved. Bright and engaging. Alan was well presented, great interactions with students and staff.

An entertaining show. All children were kept enthralled throughout the whole show. Alan had the attention of the audience.