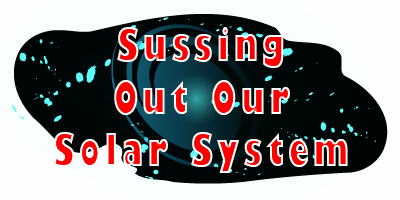 Science & Technology: Earth and its surroundings, the Solar System, planets, moons, asteroids and our star. Temperature’s affect on gases, liquids and solids. Where humans have travelled and plan to travel. Investigation can lead to more questions.

Please Note: This video footage is of Samantha Winsor rehearsing in our studio.
Samantha will be performing this show in 2022.

Bring the Solar System to your school.

The show begins with Samantha creating a three dimensional model of our solar system, approximately one thousand millionth of the real size. First she produces a one and a half metre round sun. Around this bright colourful sun students are given to hold the eight major planets, the recently demoted Pluto, over sixty moons and the asteroid belt.

Part comedy routine, part science lecture, this fast paced commentary with plenty of laughs and audience involvement, is full of fascinating facts about Earth and the solar system in which we orbit.

No show about space could be complete without a pair of shipwrecked space travellers and Sussing Out Our Solar System has two of the funniest in the galaxy. During their unscheduled Earth stopover they discover gravity, sling shot propulsion and chocolate.

With the popular theory being that a meteor was responsible for the extinction of the dinosaurs, Samantha’s prehistoric beast decides that the front row would make a very tasty snack.

Sussing Out Our Solar System is a combination of fun, facts and theories about our Earth, past and present and its place in the solar system.

What schools said about the authour's previous show about our solar system:

What an outstanding show. Students were riveted to the performance. Not only was it engaging and held the audience attention for over an hour, the way all the facts were presented and the level of knowledge/ facts really allowed all levels to gain new insights and understanding.

Great show, the students were engaged the entire show.