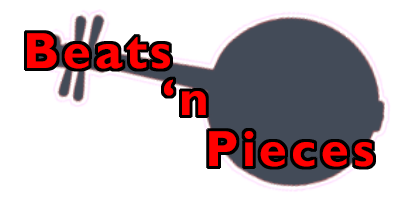 A hands on Music and Cultural experience.

Built upon STEM concepts and driven by audience participation, Beats ‘n Pieces immerses students into a world of music and looks at the technology, science and history behind it. Using an ancient Chinese stringed-instrument, the ‘ruan’, together with fascinating, cutting-edge technology, Benji weaves together a narrative on the role of music in Chinese culture, both ancient and modern.

In 1986, thirty musical flutes were unearthed in Jia Hu, China. Made from bone, these flutes date back 8,000 years making them the oldest wind instruments ever discovered. Using its recorded sounds and sampling technology, Benji has created a virtual instrument that when played, transports students back to China in 6,000 BC.

Instruments from ancient China are integrated with digitally produced and enhanced sounds and these are blended with musical elements from around the world producing a single, unified experience. Throughout the performance Benji also shows the role technology, electrical conductivity and creative-thinking play in his music.

Some students get to play electronic drum pads, each slightly larger than a 50c piece. Tapped with your fingers, they are pressure-sensitive, lit by multi-coloured LED lights and can be hooked up to any sound or special effect one could possibly imagine!

Benji Mui was born in Australia and grew up on the Mornington Peninsula but his ancestral roots trace back to South China and Benji is a proud and fluent Cantonese speaker. In 2002, he won the Frankston International Guitar Festival’s Young Guitarist of the Year Award. Within a few short years, he became a reputable educator and session-musician, touring Australia and overseas. Then one day, Benji picked up a ruan and had an epiphany. The five notes used in all blues and rock music were the same five notes used in traditional Chinese music! The rest, as they say, is history.

Feedback from children was really awesome. One week later they have remembered that the pentatonic scale is in every culture. They remembered the flute was made from bone and is one of the oldest instruments. They loved the drum pad and many children told me they bought an App and have started to do what Benji showed us. It was different and fun. We are very grateful to have had a show for Harmony Week. He also spent time with me providing mentoring for using digital technology, which has been a huge gift to me.

Benji was incredible! The kids loved the stories and by the show's end, couldn't wait to start making music! Thanks Benji!

Enthralling, everybody was captivated and walked away from the show confident to play music with each other! Unbelievable how such a simple concept could bring the children together making music. INSPIRATIONAL!