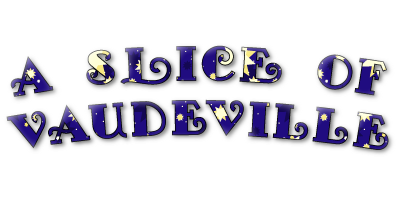 Get those brain cells working! How did he do that?

The vaudeville format with its emphasis on variety is ideal for children and Alan Sloggett has all the skills and experience to keep his audience enthralled with his comedy, magic, puppets and ventriloquism. Children have always been fascinated by magic but when Alan combines traditional slight of hand magic with electronics, children are truly spellbound by what they see.

Gone are the days when the ventriloquist doll could only move and speak if it was attached to the ventriloquist. However it’s not only the new and whiz-bang that gets today’s media-savvy children’s attention. When Alan claims that within fifty seconds he can make any animal the audience wants to name, even something as familiar as balloon sculptures take on a new life.

Juggling routines using both balls and batons are accompanied with comic dialogue which all adds to the pace and variety of this slice of vaudeville.

Positive messages abound throughout the show. Healthy eating, playing nicely, the importance of friends and being a good friend are all explored in various segments of this entertaining, visual show.

Alan Sloggett was born into a theatrical family who travelled Australia from the 1920’s to 1960 in a show called “The Incomparable Sloggetts”. In the early days the family performed on the vaudeville circuit and in later years in clubs and variety television shows. By the age of seven Alan had made up his mind that this was the life for him.

Wow! The students were 100% engaged, right from the start until the very end! He put in 110% throughout the whole performance. This performance was better than excellent, absolutely awesome!!!

The children were very engaged and interested in the performance. They were very excited and responsive to the tricks.

Fantastic show. Wide range of magic tricks, making balloon animals and puppets that entertained the students. Use of live animals was very exciting and entertaining. Alan was highly entertaining, students were always laughing and enjoying the show, excellent interaction with students.