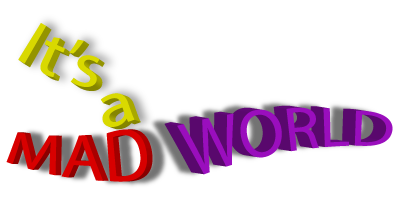 PD: PD: You can do it, Persistence, Confidence.

The Awesome, Inspiring world of Per Westman.

Per Westman presents two very different characters. Firstly the stagehand - a simple man, shy and out of place, who is forced onto the stage where he confronts his nerves and nerdiness to triumph over all his fears. Secondly the star - cool, calm and confident, ‘the consummate professional’, he craves the adoration of the audience and knows exactly how to get it!

The reluctant stagehand is thrown on stage and told to keep the audience amused, and he certainly does. With the charm of Charlie Chaplin and the persistence of the accident prone Mr Bean, our courageous hero keeps the audience well entertained.

Meanwhile backstage, the minutes tick by as the promoter first locates the star then has him rushed to the theatre. Just when it seems certain the show will have to come to a premature end (after an incident involving our heroic stagehand and a wayward bowling ball) the star arrives. The show shifts from clumsy to clever, mayhem to amazing.

Per Westman: For over twelve years as both performer and teacher, Per has toured extensively in Australia and overseas with Circus Oz. He has also worked with Festival Circus and The Leaping Loonies. As a freelance artist he has performed for various shopping centres, TV commercials, parades, festivals and company events. He is a founding member of the Flying Fruit Fly Circus and currently working with them as a teacher. Per’s skills include physical comedy/clowning, juggling, plate spinning, tumbling, unicycling, stilt-walking and balancing.

Very Funny performance. Well Planned. There was alot of physical comedy and juggling tricks. Audience engagement was very high- no boredom. Great props and characterisations. (Per) was fabulous! Very funny and exciting. He spoke clearly and at an appropriate level. He had great projection!